Buzzen Update: Buzzen happily provides users with a free place to chat. Our advertisers provide us with a means to cover our expenses in order to keep Buzzen a free chat site. Through our agreement with our advertisers, we have to abide by their policies on content. This means that the image policy now pertains to written words and profile/blog content, as well as images. To avoid interruptions in service, please ensure you are meeting the criteria as defined in our TOU. 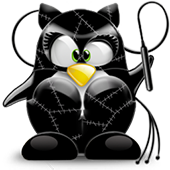 Sexual Orientation: Not your Business

If you're pretty, you're pretty; but the only way to be beautiful is to be loving.  Otherwise it's just 'Congratulations about your face'. - John Mayer

I'm mostly peace, love, and light with a little go @%&# yourself.

I will not be any mans half-time, down-time, part-time, spare-time or sometimes.  So don't waste my time.

Fighting in chat is like competing in the special olympics; even if you win, you are still retarded.

Ignorance isn't bliss; its the downfall of humanity. ~ Me

Men are like pantyhose; they either run, cling, or don't fit right in the crotch.

Common sense is in such short supply it ought to be deemed a Super Power.

"The problems that exist in the world today cannot be solved by the level of thinking that created them." ~ Albert Einstein

Grammar: It's the difference between knowing your shit, and knowing you're shit.

Friend request sent! You can check the status of the request on your friends page.
You have successfully removed this friend.